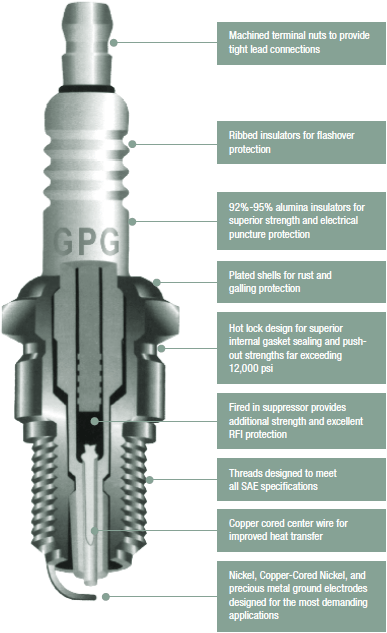 Electrolytic Nickel Plating & “Hot Lock” Shell Sealing- Special plating to enhance the ability to resist corrosion and other harmful effects of combustion.
Benefits:
• Removal and servicing is significantly easier; less hassle and downtime associated with plugs
• Helps eliminate gas leakage between the steel shell and insulator
• Protects from damage due to moisture, vibration and pressure from the combustion process

“Makers of the Finest Ignition Coils in the World” 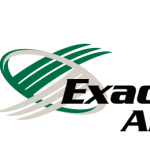 Narrow Band O2 SensorThe zirconium dioxide, or zirconia, lambda sensor is based on a solid-state electrochemical fuel cell called the Nernst cell. Its two electrodes provide an output voltage corresponding to the quantity of oxygen in the exhaust relative to that in the atmosphere. An output voltage of 0.2 V (200 mV) DC represents a “lean mixture” of fuel and oxygen, where the amount of oxygen entering the cylinder is sufficient to fully oxidize the carbon monoxide (CO), produced in burning the air and fuel, into carbon dioxide (CO2). An output voltage of 0.8 V (800 mV) DC represents a “rich mixture”, one which is high in unburned fuel and low in remaining oxygen. The ideal setpoint is approximately 0.45 V (450 mV) DC. This is where the quantities of air and fuel are in the optimum ratio, which is ~0.5% lean of the stoichiometric point, such that the exhaust output contains minimal carbon monoxide.The voltage produced by the sensor is nonlinear with respect to oxygen concentration. The sensor is most sensitive near the stoichiometric point and less sensitive when either very lean or very rich. The zirconia sensor is of the “narrow band” type, referring to the narrow range of fuel/air ratios to which it responds.The engine control unit (ECU) is a control system that uses feedback from the sensor to adjust the fuel/air mixture. As in all control systems, the time constant of the sensor is important; the ability of the ECU to control the fuel-air-ratio depends upon the response time of the sensor. An aging or fouled sensor tends to have a slower response time, which can degrade system performance. 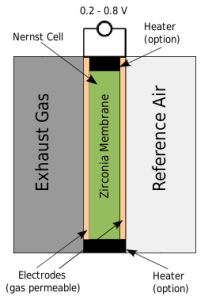 Replacement Cost~$150 each 2 Replacement Cost~$75 each 1 year
Wideband Sensor
A variation on the zirconia sensor, called the “wideband” sensor, was introduced by Robert Bosch in 1994, and has been used on a lot of cars[3] in order to meet the ever-increasing demands for better fuel economy, lower emissions and better engine performance at the same time. It is based on a planar zirconia element, but also incorporates an electrochemical gas pump. An electronic circuit containing a feedback loop controls the gas pump current to keep the output of the electrochemical cell constant, so that the pump current directly indicates the oxygen content of the exhaust gas. This sensor eliminates the lean-rich cycling inherent in narrow-band sensors, allowing the control unit to adjust the fuel delivery and ignition timing of the engine much more rapidly. In the automotive industry this sensor is also called a UEGO (for Universal Exhaust Gas Oxygen) sensor. UEGO sensors are also commonly used in aftermarket dyno tuning and high-performance driver air-fuel display equipment. The wideband zirconia sensor is used in stratified fuel injection systems, and can now also be used in diesel engines to satisfy the upcoming EURO and ULEV emission limits.Wideband sensors have three elements: